The universal joint (U-joint) is a common part found on any rear-wheel drive or four-wheel drive vehicle, especially body-on-frame designs such as trucks and SUVs. The U-joint’s purpose is to transfer power to the driveshaft when the transmission and axle are at differing planes (heights). U-joints are always in pairs, usually at either end of the driveshaft.

Common problems with universal joints are usually caused from a misalignment or imbalance in the drivetrain. However, some U-joints just fail because of age and corrosion. Knowing what to look and listen for should prevent your vehicle’s U-joints from completely failing.

The Signs and Symptoms of U-Joint Failure 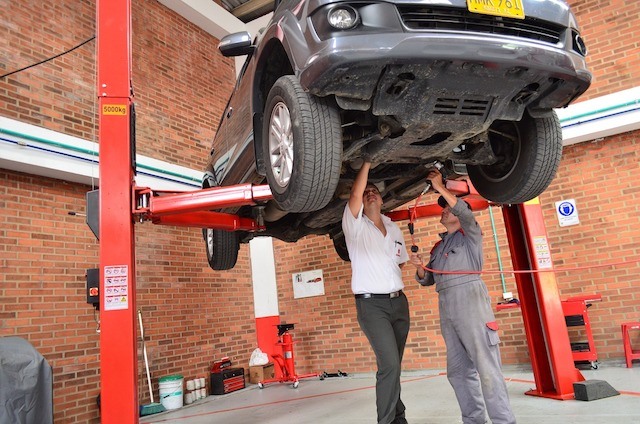 The most commonly noticed U-joint failure symptom is a “clunk and ring” heard when the vehicle is shifted from drive to reverse or reverse to drive. This clunking followed by the ringing is the u-joint ‘locking” momentarily and then popping loose, causing the driveshaft to resonate slightly. This is caused by the joint’s bearings having worn thin from improper lubrication. Lubricating the u-joint at this point will not repair the problem, but it may extend the service life until a replacement is installed.

A squeaking sound from dry universal joints can be heard at low speeds (under 10 mph). This is an indication that lubrication is sorely needed as metal-on-metal contact has begun. Lubrication or replacement should be undertaken immediately. Because U-joints flex with every turn of the driveshaft, this squeaking will quickly devolve into grinding and failure.

Another common sign of U-joint problems is a vibration at middling speeds (25 mph). This is caused by the U-joint having failed enough that the driveshaft is moving side-to-side slightly with each rotation. It will be a higher-frequency vibration than a wheel imbalance produces, and it will often be accompanied by a slight “shimmy” (side-to-side movement) while driving.

A vibrating driveshaft may accompany the “clunk and ring” mentioned above. The vibration indicates imminent failure of the U-joints, so immediate replacement is recommended. 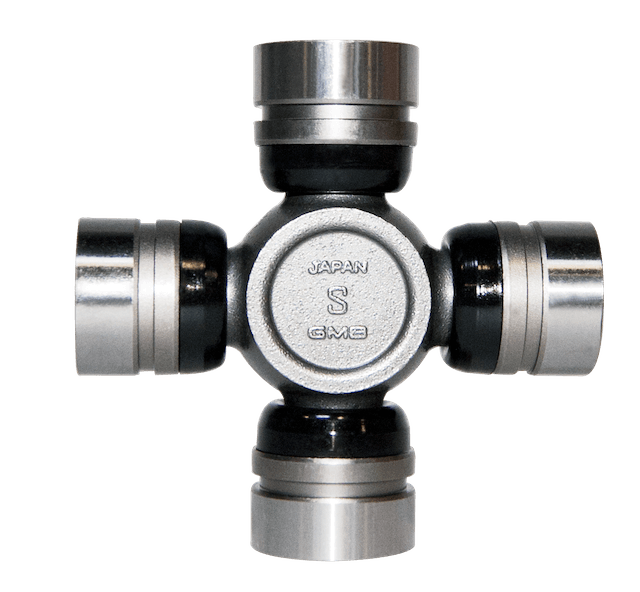 Troubleshooting and diagnosing U-joint problems and failures can be difficult. Many other drive system components can be related to the symptoms felt, including bad tires, steering misalignment, transmission problems, etc.

Putting the vehicle on a dynamo and observing the undercarriage as the wheels spin can indicate the source of the problem. U-joint failures are often the result of another component’s problem rather than being a primary issue. If there is a U-joint failure, it’s important to look at the motor, axles, and other parts that may be contributing to the problem.

A good mechanic can get a “feel” for U-joint or driveshaft problems. Here are a couple of inspection options to identify U-joint failure:

Universal joints are critical to your vehicle’s driveshaft and any U-joint problems should be addressed quickly. Most vehicles have a recommended interchange or lubrication interval for their u-joints. These should be followed closely to help avoid problems. If you do experience any of the signs and symptoms listed above, check out your U-joints. Finally, if your vehicle’s U-joints are failing, be sure to inspect other related components to avoid additional car problems.