A Little Bit About Solenoids

A solenoid uses an electromagnet to move a metal rod. When current is switched on, the bar moves in one direction. When the current is turned off, a spring returns the rod to its starting position. The technology has been around since the early 1800s. That’s when French physicist Andre-Marie Ampere discovered that electric currents create magnetic fields. A solenoid in a fuel pump uses the relationship between electricity and magnetism to pump fuel.

The solenoid is a great innovation. Solenoid fuel pumps were sufficient for carbureted engines, and the first generation of fuel injection. As fuel injection evolved, higher fuel pressures were required. That’s why the electric fuel pump evolved past the solenoid design. 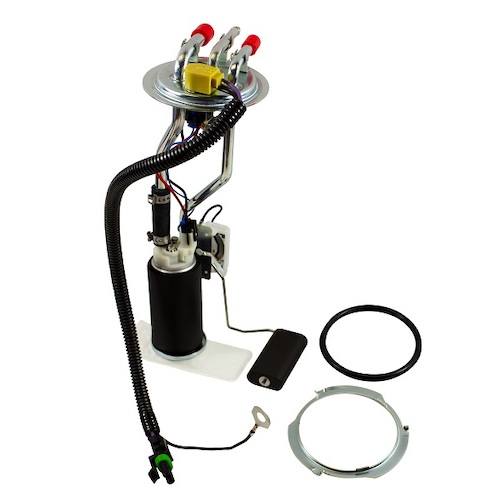 Fuel pump engineers realized that solenoid fuel pumps couldn’t keep up with the demands of the ever-evolving fuel system. This realization resulted in the invention of sender/hanger assembly fuel pump design. The new fuel pump design had the fuel pump mounted inside the fuel tank.

The setup may be more elaborate, but it’s much more efficient. Electric rotary fuel pumps can create and handle higher fuel pressures. They also offer a larger variety of flow rates and pressure outputs. Mounting the fuel pump in the tank allowed it to be cooled by fuel, virtually eliminating vapor lock. All of these improvements created a more reliable fuel system. 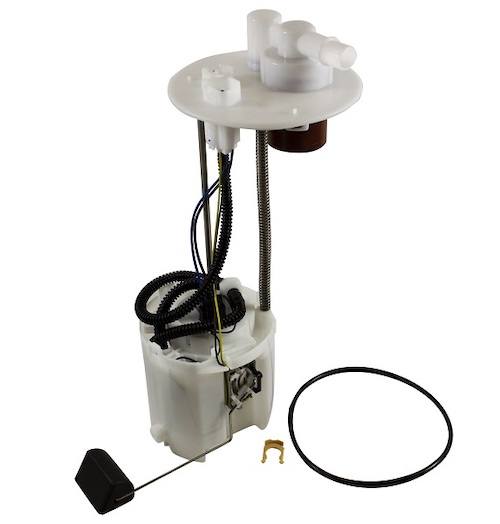 GDI stands for “gasoline direct injection. GDI engines require more highly pressurized fuel, which is injected directly into the combustion chamber of each cylinder. Many car owners consider GDI a better system than the standard fuel injection system because:

GDI is a relatively new technology that has been around since the mid 90s. However it is just now starting to enter the mainstream of the auto market. Auto makers are switching to it to help meet ever tougher fuel economy standards.

There are a variety of GDI fuel system designs, but one version includes:

A GDI fuel system is a rather elaborate and expensive setup. This is why it’s only starting to become more common now.

It has been fascinating watching the fuel pump evolve from having a basic mechanical design to having high-tech designs like the GDI system. We look forward to seeing more incredible fuel pump innovations crop up in the future!

Read more about the Evolution of Electric Fuel Pumps