As one of the largest global automotive parts manufacturers, GMB carries parts for thousands of vehicles dating back to 1950.

Whether you’re just in the mood to check out a few gorgeous classic cars or you want to know if GMB carries an OE quality water pump replacement for your classic, this list is what you need: 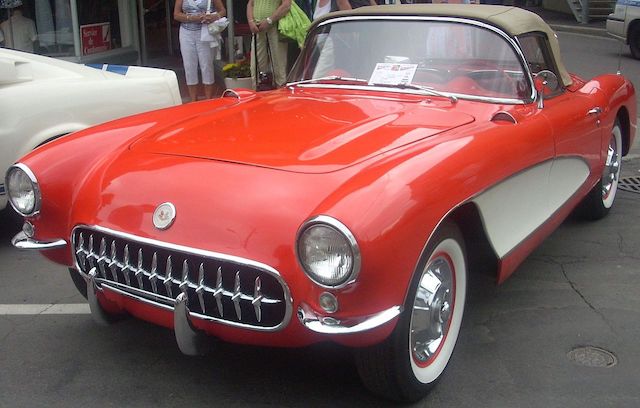 This is one of the earliest models of the Corvette, and its beauty matches its performance. 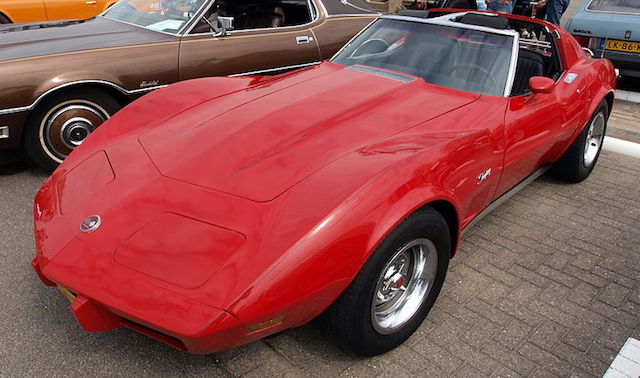 Twenty years after the “56 Corvette hit the roads, the 1976 Corvette made its debut. 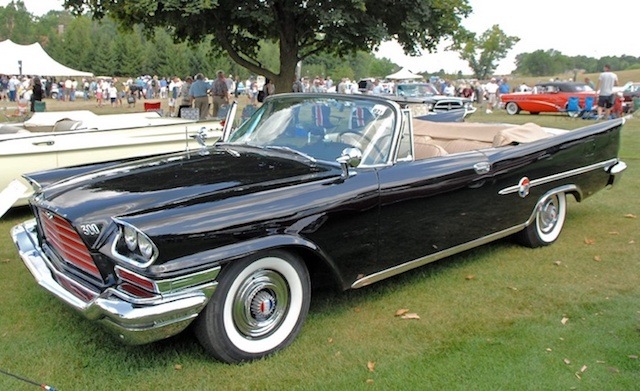 A 1959 Chrysler 300 Convertible, via Velocity Journal

The high-performance luxury car not only produces a whole lot of power with its 6.7L V8 but also sports a stunning appearance with curvy lines. They don’t make cars like this anymore. 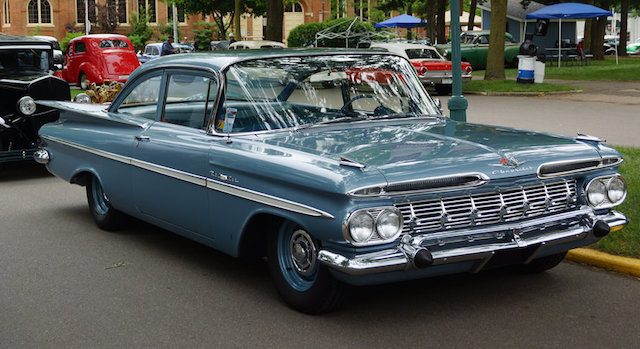 Anyone would be lucky to own a “59 Bel Air, and its 4.6L V8 engine is pretty impressive for a car produced in the 50s. 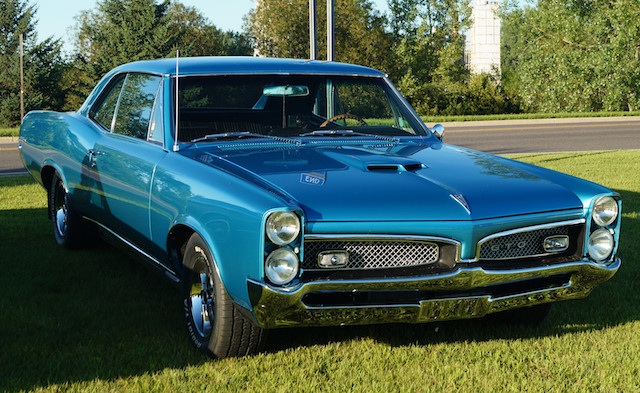 A 1967 Pontiac GTO, via Greg Gjerdingen

The GTO is one of the best things left behind by Pontiac, and the 1967 model is certainly something to write home about. It not only is easy on the eyes, but it also produced a whole lot of horsepower with its 6.6L V8 engine. We’re talking at least 360 horsepower, which was practically unheard of at the time. 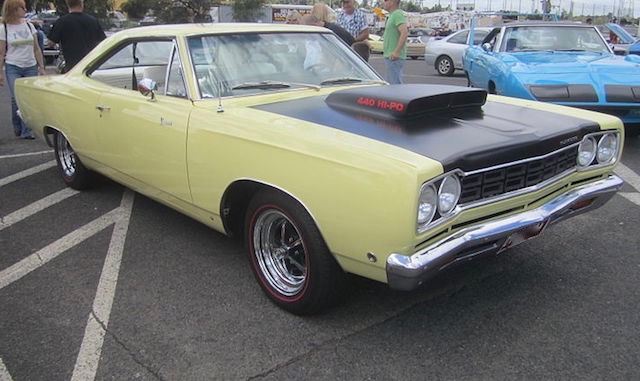 A 1968 Plymouth Roadrunner, via Sicnag

Although classified as a mid-size car, there’s nothing mid-size about this beast. 1968 is actually the first year the Roadrunner hit the roads, and Pontiac certainly set it off on the right foot with a 7.0L V8 engine. 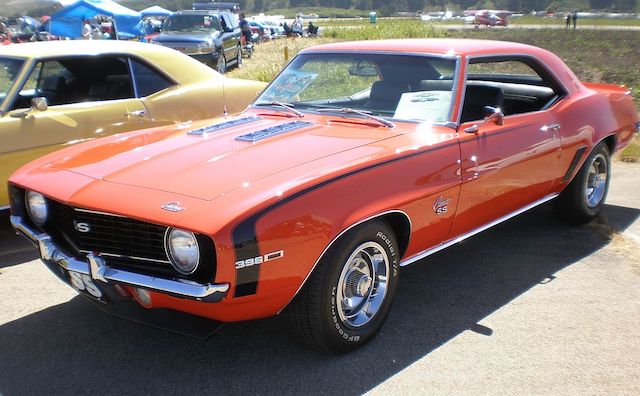 A 1969 Chevrolet Camaro SS, via BrokenSphere

The “69 Camaro’s aggressive look is paired with the insane amount of power its 7.0L V8 puts out. What wed give to hear it rumbling down the road right now! 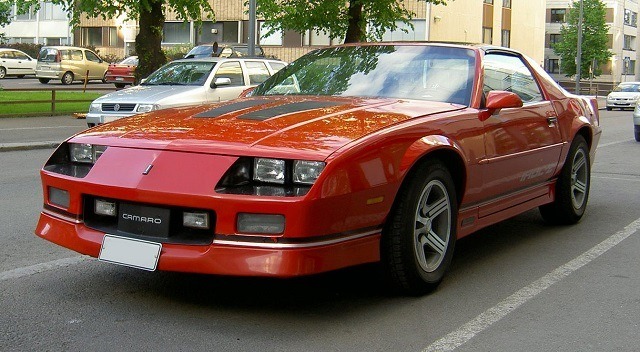 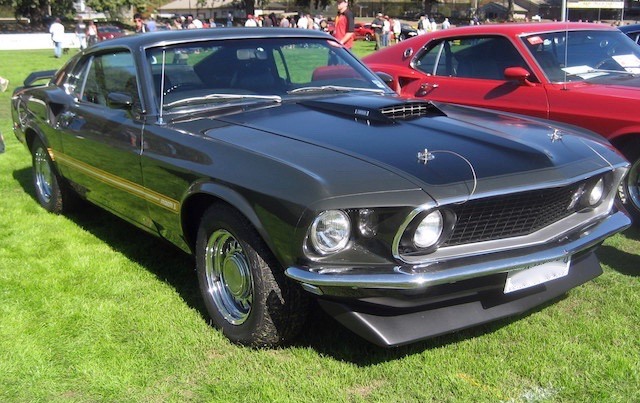 Arguably one of the most beautiful muscle cars of all time, the “69 Ford Mustang has a lot to offer: a 3.3L – 7.0L V8 engine, a hefty but eye-pleasing body, and several transmission options. 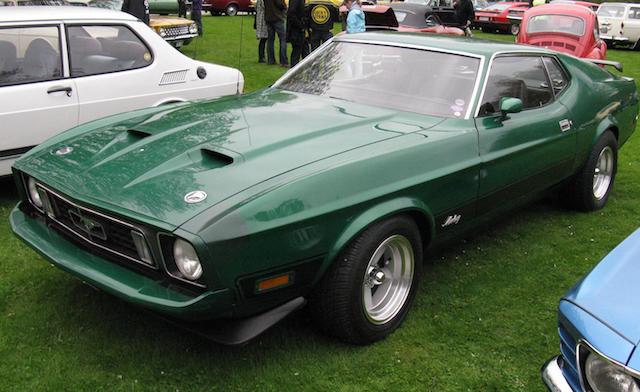 Although not as powerful as the “69 model, the 1973 Mustang still delivers a lot of muscle with its 5.8L engine. 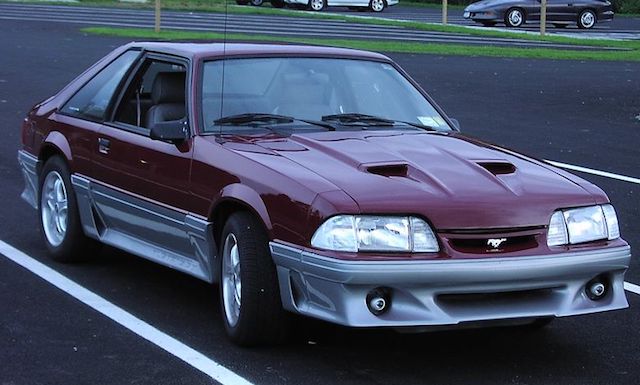 The facelifted 1987 Mustang didn’t come with a V6 option, instead offering only a 4.9L V8 (as a muscle car should). 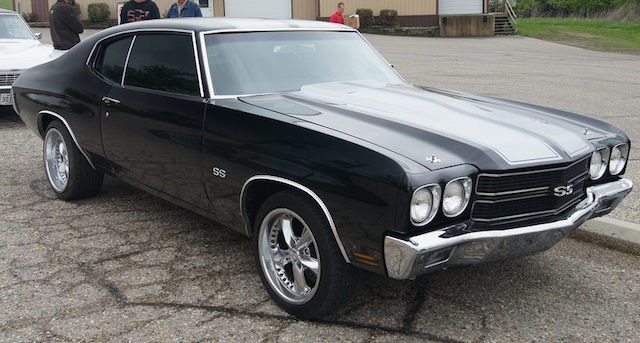 Buyers of the “70 Chevelle could choose from a variety of engines, the most powerful one being a 7.4L V8 that pushed out at least 360 horsepower. We wouldve been OK with any engine that came with a “70 Chevelle though because it’s such a gorgeous car. 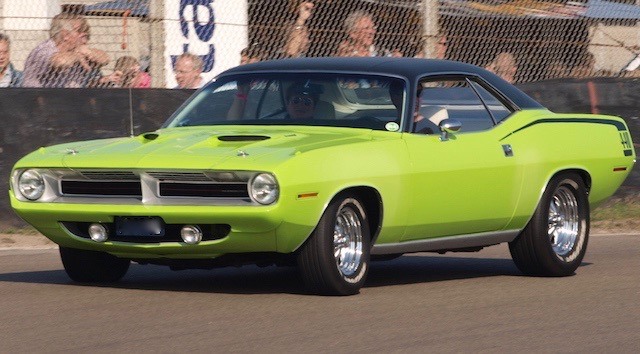 A 1970 Plymouth Cuda, via AlfvanBeem

In 1970, the Plymouth Cuda was available as a coupe or convertible. The power plant options included V6 or V8 engines producing 275425 hp. Holy smokes! 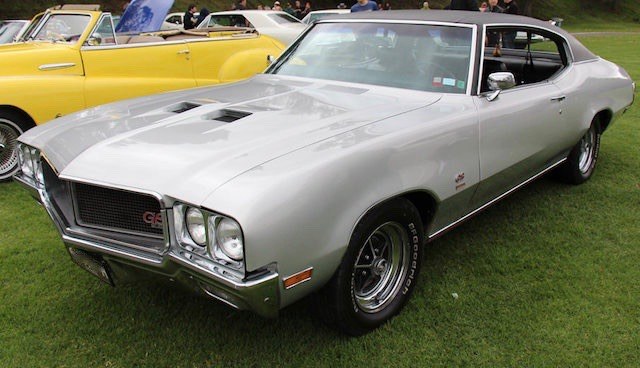 The GS 455 convertible was one of the fastest muscle cars of its time. 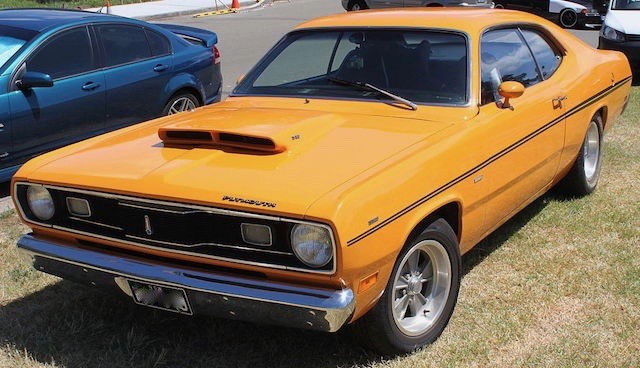 A 1970 Plymouth Duster, via Jeremy

The base “70 Duster model had a pretty solid V8, but the performance-oriented model’s 5.6L V8 was the real power plant.

The 240Z might not be quite as powerful as the other cars on this list, but it’s still a great car. In fact, it was named the second top sport cars of the 1970s by Sports Car International. 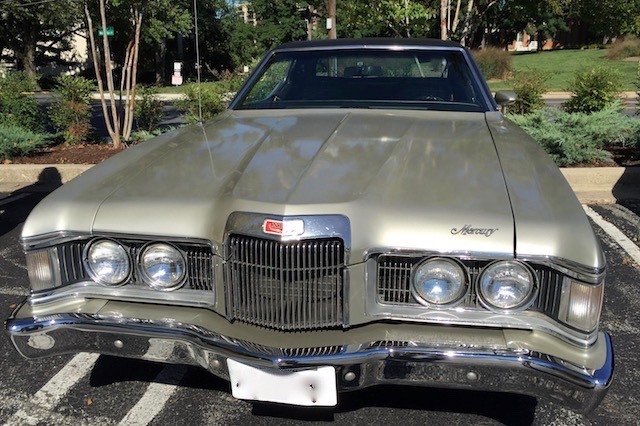 A 1973 Mercury Cougar, via Christopher Ziemnowicz

Back in its heyday, the Cougar was a pretty nifty car. 1973 was the Cougar’s last year as a muscle car – in 1974, Mercury reclassified it as a luxury car. 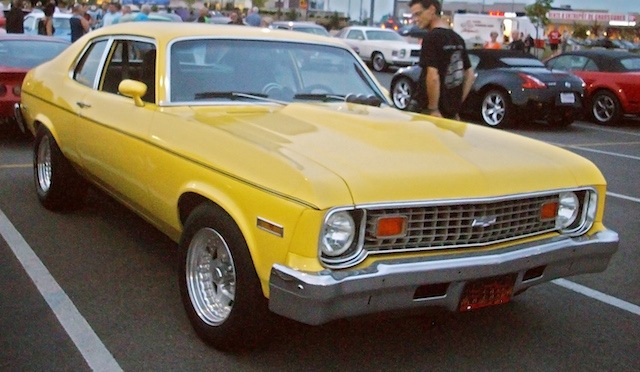 A 1974 Chevrolet Nova, via Bull-Doser

This list wouldn’t be complete without a Nova, would it? The 1974 model came with many different engine and transmission options, some more performance-oriented than others. The top engine option was a 6.6L V8. 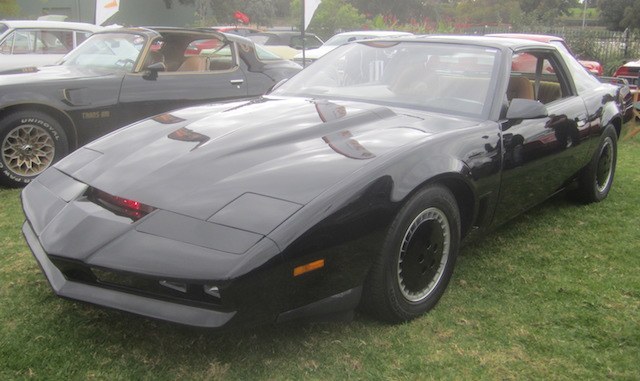 A 1982 Pontiac Firebird, via Sicnag

In 1982, the Pontiac Firebird came with automatic and manual transmission options, as well as V6, V6 Turbo, and V8 engine options, the most powerful being a 5.0L V8.

A 1983 Chevrolet Monte Carlo, via IFCAR

This luxury coupe is powered by a V8 engine that cranks out up to 165 horsepower. 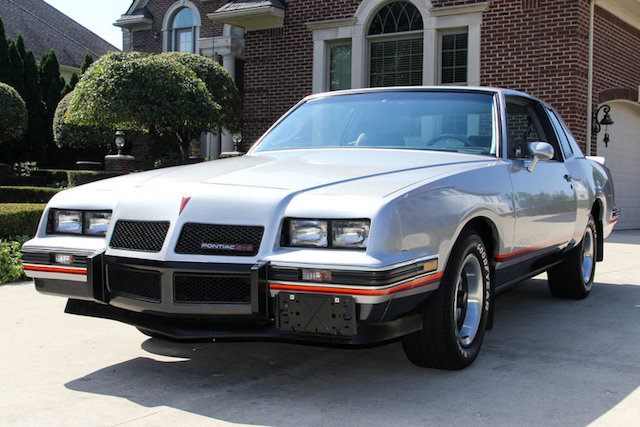 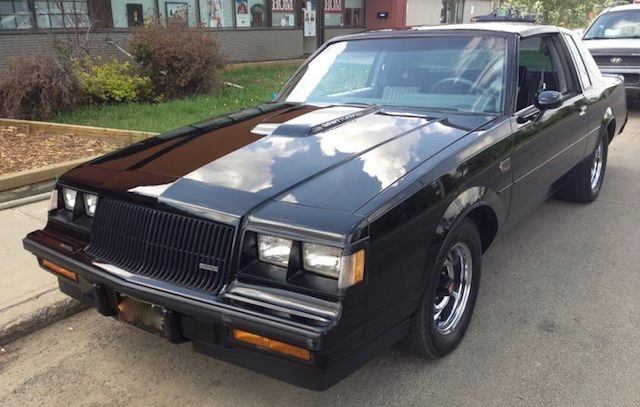 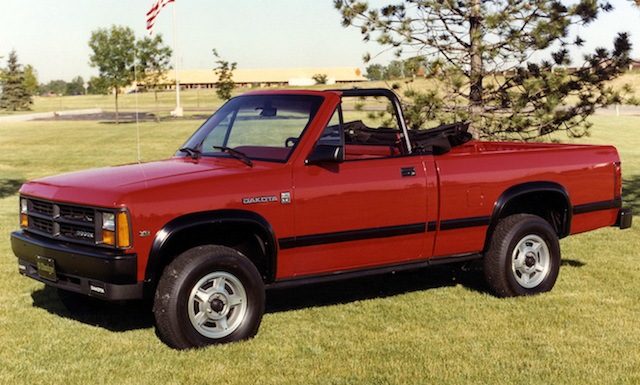 A 1989 Dodge Dakota Sport, via FavCars

It might be strange to see a pickup truck on this list, but the “89 Dakota definitely deserves a spot here. The Dodge Dakota is well known for cranking out a lot of horsepower. This model is no exception with its 5.2L V8, which puts it ahead of the Ford Thunderbird. Speaking of which 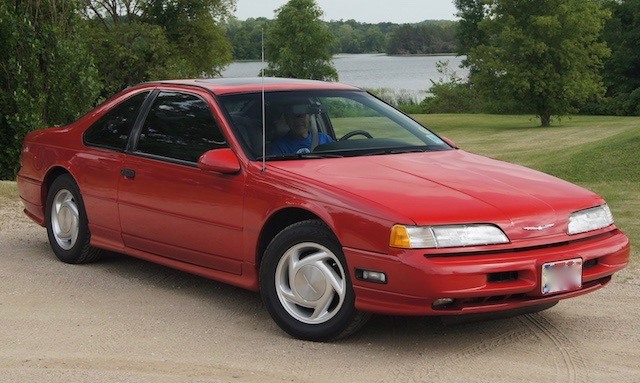 This 2-door coupe is best classified as a sleeper. It doesn’t look like much, but it’s packing a lot of power under the hood with a 3.8L V6 engine, as well as manual and automatic transmission options.