It starts with a noise. With the radio on and wind from the windows, it’s easy to ignore at first. But the more miles you drive, that subtle noise grows to a metal on metal grinding sound you can’t ignore. 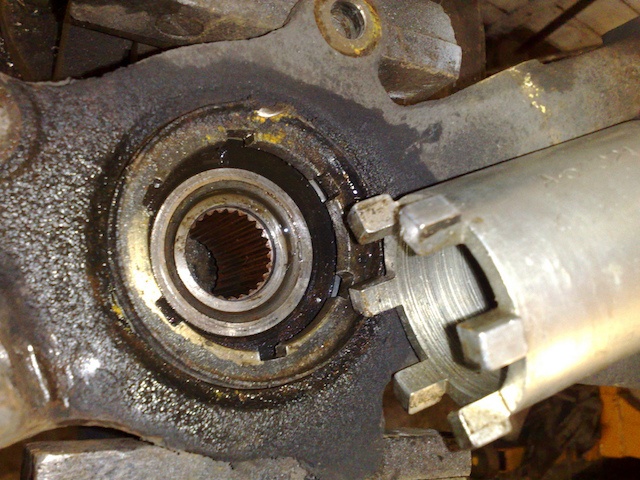 You might notice other signs as well, including wobbly steering or uneven wear on your tires. These are all signs of your wheel bearing going bad, and they should all be taken seriously. Otherwise, you may end up losing the wheel while driving, which could be catastrophic.

Our advice? Know the symptoms and causes of wheel hub failure, and get it fixed as soon as possible.

Symptoms of a Bad Wheel Bearing

The symptoms of a bad wheel bearing are relatively straightforward: You’ll hear a grinding noise until you’re driving fast enough that road noise masks it (50mph and faster). The noise indicates metal-on-metal rubbing at a fast rate and comes from the faulty bearings scraping against their housing and, worse, the wheel hub around them.

If it’s the front hub bearings, turning the steering wheel may cause the noise to get worse or change in pitch.

The most common cause for wheel hub bearing failure is impact. When the tire and wheel hit an object or road defect hard, the bearings can be damaged. Likewise, broken or worn seals can allow moisture or debris into the hub, causing the bearings to deteriorate.

Other things that can cause premature bearing failure are:

Typically, these sorts of long-term wear-and-tear symptoms will also cause damage to ball joints, tie rods, struts, and other chassis/suspension components.

Two other problems that are often left undiagnosed when wheel bearings repeatedly fail are a worn bearing hub and transient current flow through the knuckle. If the bearings were grinding or otherwise making their failure known for any period of time, it’s likely that the bearing hub took some damage. When removed, it will show signs of scraping or dimpling. It may also be out of round. Any of these means the hub should be replaced.

Premature wear can also be caused by transient current flow, which is the friction created by faulty electrical grounds which allow current to build up on the moving parts of the chassis. Vehicles build up static electricity during operation and this is usually dissipated by the vehicle’s ground points. Bad ground points = bad news. 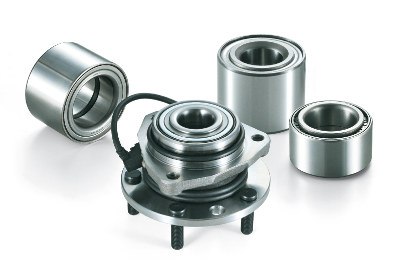 In a shop, there are several methods for finding bad wheel hub bearings, including directional microphones or ultrasound. In the do-it-yourself mechanic’s garage, however, simpler methods, though more time consuming, are just as effective.

Simply listening to the wheel hubs as someone drives the vehicle can indicate which one is bad. With someone driving at 10-20 miles per hour, listen carefully to the grinding sound so you can pinpoint which wheel the noise is coming from.

If the problem wheel hub can be narrowed down to at least one axle, time will be saved. If not, the next test should be done on each wheel.

Safely lift the car and remove the tire and wheel. Then, rock the hub (via the hub itself) with hands on the top and bottom (12:00 and 6:00 oclock). If there is any give back and forth (towards or away from the car), the bearing is likely bad.

Luckily, bearings aren’t difficult to replace, and most modern vehicles use either bolt-in or pressed-in bearings. With the right tools, you can perform this replacement by yourself:

Pay careful attention to the type of grease employed, the packing itself, and the alignment of the bearings in the hub.

With pressed-in bearings, which are more common today, the procedure is a bit more complex.

The wheel bearings reside between the steering knuckle and the hub itself, packed between the outer bearing seal and the CV joint. Removing and replacing these bearings requires a press made specifically for the job and each vehicle will be slightly different. Attempting to “pound out” the bearings with a screwdriver or other tool will result in serious damage to the vehicle’s hub and/or knuckle. The upside is that when pressed-in bearings require replacement, they are removed and replaced in one piece units that come pre-sealed and lubricated.

In all, a vehicle’s wheel hub failure is most likely caused by something other than the hub. Fixing the hub failure is relatively simple (especially with GMB’s quality bearings and hub assemblies), but diagnosing the cause of the failure may not be as easy.