What Is Engine Coolant Made Of?

Have you ever had to explain coolant to someone? If so, you may have said something like, “Coolant is a sweet-smelling special blend of liquid that runs through the engine. It absorbs the scorching heat from the engine to keep it at a manageable temperature. Next, it dissipates the heat through the radiator. It also doesn’t freeze at subzero temperatures. And, don’t let your pets get near it. It smells good to them, but it will kill them.”

It all sounds pretty neat, doesn’t it? Coolant is magic. There’s no other liquid quite like it. If you’re here, you may be wondering what the heck goes into coolant to make it so useful within the engine.

The Three Main Ingredients In Coolant 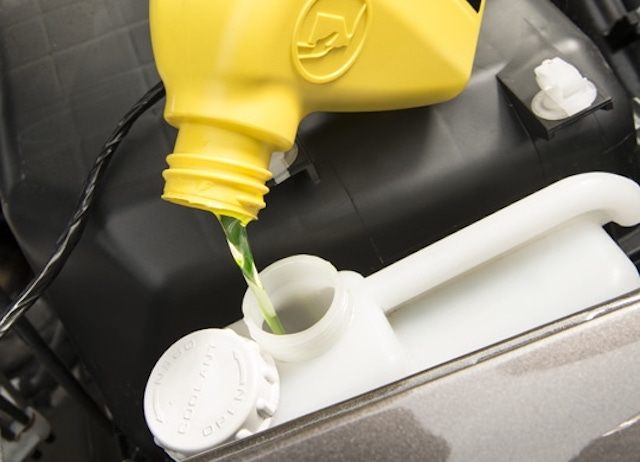 Let’s talk about each ingredient in more detail.

Just because water is the best way to cool the engine doesn’t mean that it’s good for the engine. Water is quite corrosive, which is bad news for the components within the engine. People back in the 1930s tried to reduce the issue by using distilled water. But it was still not good enough because it still caused rust. Another big issue with water is the fact that it freezes in cold weather. We all know that ice can’t move through the engine. Finally, water would overheat in hot temperatures and create steam pressure within the motor.

So people set out to find a foolproof solution that:

Eventually, they found a way to bring water to the next level, and they didn’t expect it to be so simple. The solution? Just add antifreeze.

Antifreeze is another name for ethylene glycol. Coolant contains antifreeze because it lowers the coolant’s freezing point and increases its boiling point. In other words, antifreeze makes it possible for the coolant to not freeze at freezing temperatures, and not dissipate into steam at hot temperatures.

The composition of antifreeze is as follows: 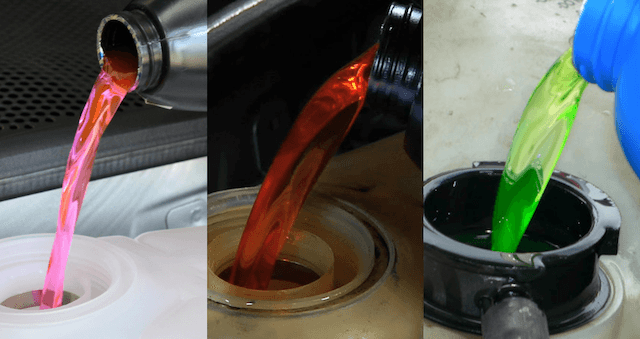 Have you noticed that coolant comes in many different colors? There’s a reason for that. Coolant always starts off colorless, but then the manufacturer adds dye to it. Each color represents a certain type of coolant. Some of the most common coolant colors include:

It’s important to note here that you should never mix different coolants together. This post does a good job explaining why.

If you have any questions about any of the ingredients in coolant, you know where to find us.