Water pumps are generally reliable, at least compared to the ‘good old days.’ On a modern engine, it’s not at all uncommon for a water pump to last longer than the vehicle. 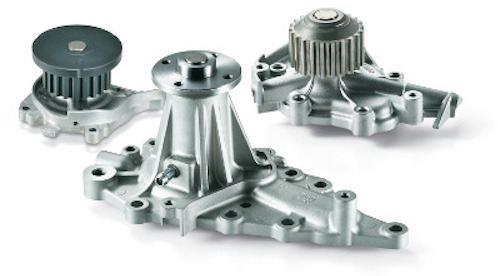 During the course of water pump replacement, it’s possible for even the most experienced tech to make a mistake that will lead to premature pump failure. Here are four common mistakes that even a pro can make installing a water pump.

Faulty seals are the most common reason for failure. An improper seating, damaged seal, or misaligned gasket can mean the water pump is not operating efficiently or, worse, is under undue stress from misalignment. Improper installation will likely also cause immediate leakage from the mounting surface.

Many times, the installer will use the manufacturer recommended O-ring or seal, then “supplement” with a gasket set or sealing paste when it’s not called for. Re-using old seals or “making due” with the wrong seal is another common problem.

When a seal from a tube is recommended, properly applying and allowing for enough drying time are best practices. Failing to do so can result in seal problems. If excess sealant is applied to the gasket and it flows into the coolant system and the pump’s shaft seal, it can cause seal failure in a matter of miles.

2. Dry Rotation of the Pump

The “mechanical” seal within the water pump is created by the steady flow of fluid within the pump itself. When coolant flows through the water pump without air bubbles or breaks, this mechanical seal remains intact. The introduction of pauses or lapses in the coolant (usually air) can temporarily break and overheat that mechanical seal, which can then cause other problems.

For this reason, when refilling the cooling circuit after replacement of the pump, many shop manuals recommend the pump be hand-rotated until it’s full. This “charge” of the circuit can reduce the chance of a mechanical seal loss.

The drive belt for the water pump can be either the timing belt/chain for the vehicle or a serpentine/accessory belt. If either is installed incorrectly or if other components driven by the belt seize or have rotational problems, this can affect water pump performance and eventually lead to failure. A misaligned belt that isn’t fully engaging the water pump’s pulley is another concern, as it can put undue pressure on the pulley and shaft. 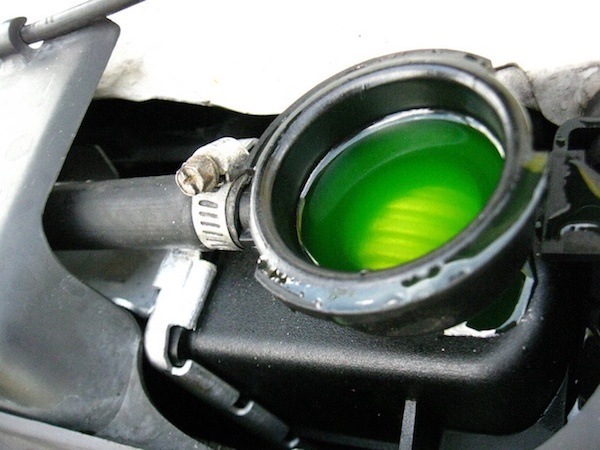 The wrong coolant, which can happen, and bad coolant, which is more common, can cause issues for the water pump. Contaminated coolant or coolant with improper chemistry can cause seal failures, corrosion, and more. Abrasive particles and engine oils are the most common contaminants that wreak havoc in a water pump. During coolant flushes, completely draining and using the correct fluid as replacement are paramount.

Water pumps are generally reliable and hearty components in a car’s engine. If a water pump fails before it should, remember to check for these installation errors when trying to locate the origin of the problem.