Most people know that a water pump is important to vehicle operation, but not everyone knows the four most common causes of water pump failure.

The seal between the water pump housing and the engine block keeps coolant from leaking out of the engine. It also keeps excess air from getting into the cooling system. This seal can fail if it is improperly installed, if the vehicle isn’t operated for weeks at a time, or if the coolant becomes corrosive.

While a seal that’s leaking coolant is bad, it’s often the air intake that’s worse. Excess air in the cooling system can lead to corrosion and/or a reduction in pump efficiency. Air pockets stuck in the engine blocks will also result in localized overheating of the engine block. 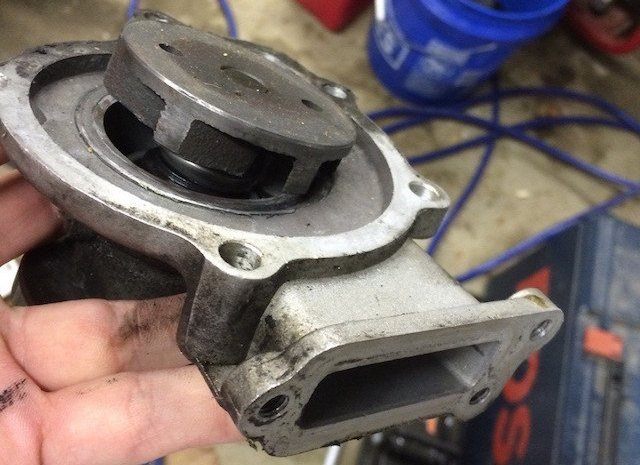 Additionally, a wobbling drive pulley can cause the water pump’s impeller to become imbalanced. This will cause pump failure as well.

Regular visual inspections should include the belt that drives the water pump pulley (if applicable). The belt should not be worn, cracked, or slipping.

If the belt isn’t sufficiently snug, it should be tightened to specification, and this tightness should be checked regularly. A failed belt means a non-operational water pump, which is as catastrophic as a broken water pump.

If a belt is over-tightened, it must be replaced and the tensioner reset. Otherwise, it can damage the pump’s drive pulley and lead to premature bearing and/or casting failure. 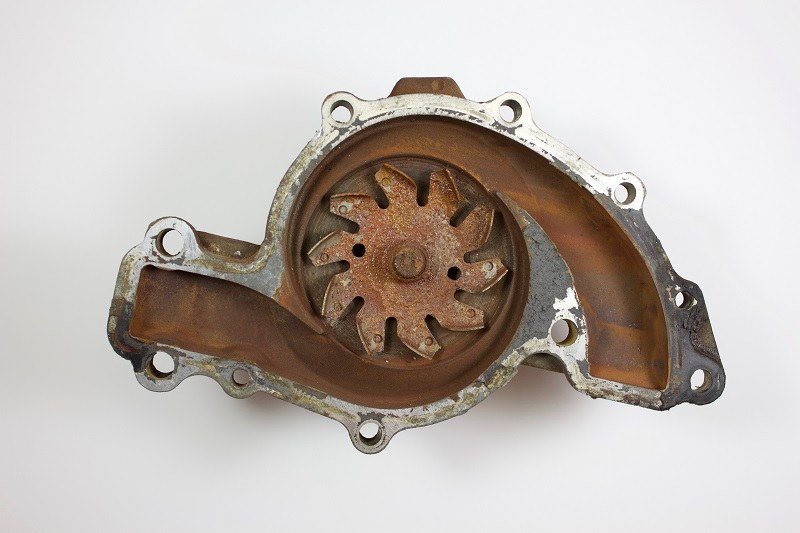 Although harder to detect, corrosion kills a lot of water pumps. Corrosion often occurs when the fluid in the cooling system is not properly maintained, or when the fluid is replaced with a mix that includes tap water (distilled water should always be used when refilling cooling systems).

Unfortunately, corrosion only becomes detectable when the water pump requires repair. The pump will begin to leak, the pump’s impellers will be corroded (thus reducing efficiency), or the seal between the block and the pump will be damaged and leaking.

While it’s possible for a water pump to fail from normal wear, it’s not very common (at least if we’re talking about OEM quality water pumps). Most of the time, water pump failure is a result of insufficient maintenance. To prevent water pump failures, consumers should be educated about the importance of periodically draining and flushing the coolant in their cooling system.