The main goal here is to get your customers to understand how much a failed timing belt tensioner can damage their engine.

If The Customer Has An Interference Engine 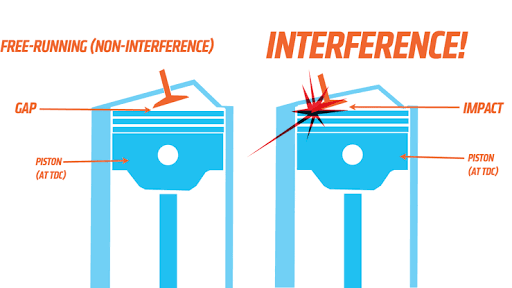 When the timing belt tensioner fails, the timing belt becomes too loose. It may lose enough tension to stop turning the camshaft, or it may slip off. In either case, the camshaft stops turning (or doesn’t turn as much as it should). In an interference engine, this is very bad news.

When the camshaft in an interference engine stops turning, the engine valves stop moving. The pistons will keep moving, though. With the valves stationary, the pistons will hit some of the valves. This creates severe damage, such as:

An engine that has suffered this type of damage will either need to be repaired or replaced. That means thousands of dollars down the drain. Your customers will save so much money by having their timing belt tensioners replaced now rather than deal with engine damage later. Any reasonable customer who understands this will not hesitate to agree to a timing belt tensioner replacement.