This article was originally published on UnderhoodService.com

The typical life expectancy for most water pumps and timing belts is about 100,000 miles. Both parts tend to go bad around the same time.

If a vehicle has a failed water pump or timing belt, talk to the customer about replacing both parts at the same time. There are three main reasons to replace the parts together: 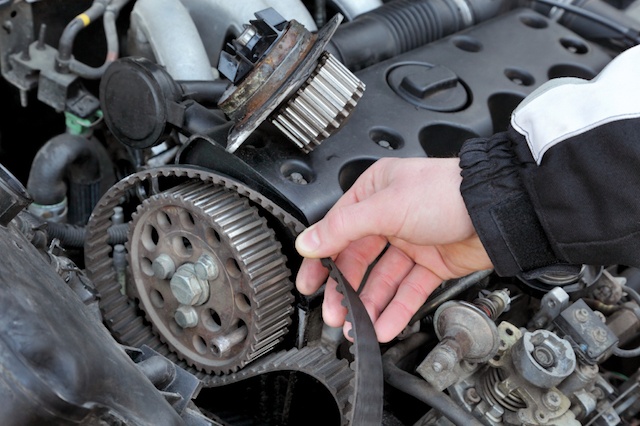 1. It Saves Hours of Labor

Depending on the car, replacing the water pump or timing belt can take between a few hours and a full day. But if you’ve already gotten the car torn down to replace one component, replacing the other might only add an hour.

2. It’s Cheaper and More Convenient for the Customer

If only one part is replaced, the customer will eventually have to bring their car back to replace the other part. A timing belt or water pump often only costs about as much as an hour of labor. Many customers would rather pay a little more now, instead paying for several hours of labor again a few months down the road. Especially considering the hassle of being without a car during another repair.

It’s a good idea to replace the timing belt or the water pump before it actually fails. Some very expensive repairs can crop up when either part fails.

When a water pump begins to fail, the engine can overheat. This can cause warped cylinder heads, or a warped engine block. Both are very expensive repairs, especially compared to the cost of a water pump.

Bottom line: it’s worth talking to your customers about replacing both the timing belt and the water pump at the same time.