The use of clutch-driven fans in vehicles is no longer common, but there are plenty of vehicles still on the road which use a mechanically-operated cooling fan. Most of these are large, rear-wheel drive vehicles with large displacement engines.

How The Fan Clutch Is Controlled

There are two types of fan clutch: thermally-controlled and inertia-controlled.

A thermally-controlled fan operates by temperature, with the engine’s radiant heat causing the fan to engage or disengage. Two types of thermal control can be found: spring-operated and electrical solenoid-operated. At higher engine bay temperatures, a thermally activated fan clutch will activate, allowing the fan to rotate faster and pull more air through the radiator to provide maximum cooling. Spring-operated fan clutches sense temperature from the bi-metal on the front of the fan clutch and electronically-controlled fan clutches are controlled by the vehicle’s Engine Control Unit (ECU), which measures temperature from sensors throughout the engine bay.

How To Identify A Cooling Fan Clutch Problem 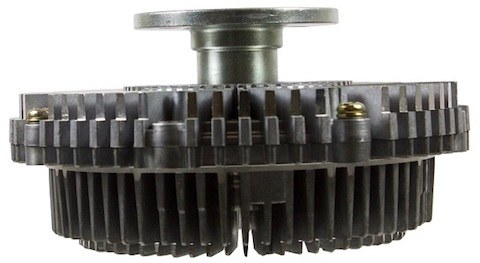 The likely symptoms of a failed or failing cooling fan clutch are the same whether the fan is thermal or inertial. The engine overheating when there is no problem with the coolant, thermostat, or the radiator likely means the fan itself is the issue.

Likewise, a fan that is noisy or wobbly is likely ready for replacement. When the fan is dragging on vehicle power, stunting acceleration, and pulling down fuel efficiency, actually identifying the problem as a fan clutch can be more difficult.

There are common symptoms that can point to a fan clutch problem. Troubleshooting the issue can be problematic but does not require special tools.

Here’s what to look for:

Since fan clutches are often attached to the same shaft as the water pump, if the water pump is replaced, the fan clutch should be replaced as well since damage to one component may transfer to the other. 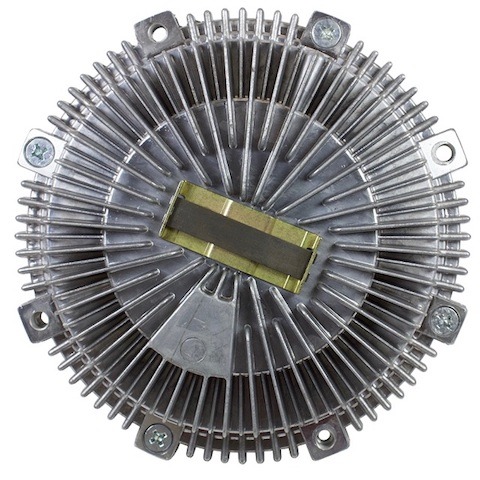 A cooling fan clutch is expected to fail over time. Most clutches will fade with time as spring-type clutches lose thermal sensitivity and fluid-filled clutches lose fluid viscosity. Clutch slipping and eventual failure are normal with time. Consider the symptoms listed above and be aware of potential failure.

Keeping a vehicle operating without fan wobble, with good belts, and without ranging outside of the normal operating temperature range are key to keeping a fan clutch and its engine operational for as long as possible.