How to Explain Cooling System Issues to Your Customers 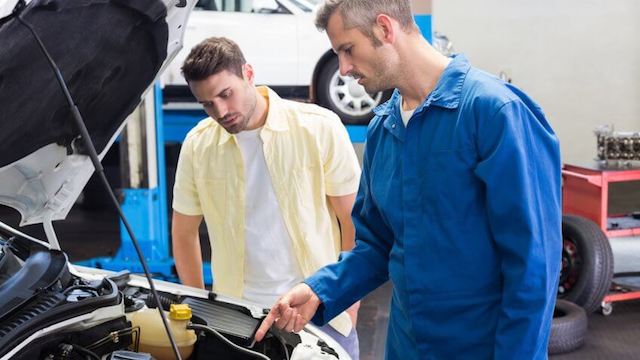 To help you inform your customers, here’s a list of the most common issues and how to explain them in layman’s terms.

1. Coolant Mixed With Oil Due to Oil Cooler Failure

First, explain that oil coolers are not found on most cars, but many gasoline engined turbocharged cars have them. The turbo is lubricated with engine oil. The turbo heats up the oil as the oil passes through it’s bearings, and creates the need for a cooler. Also explain that the engines oil and coolant are only separated by a gasket where the oil cooler mounts to the engine. The gasket gets brittle as it ages and can leak. As engine oil is more highly pressurized than coolant, the oil is forced through the bad gasket into the coolant. Some oil coolers may have an internal failure that allows oil into the coolant.

Explain that the weep hole is designed to provide early warning that the water pump is starting to fail. A seal around the impeller shaft prevents coolant from reaching the water pump bearings. When the seal first begins to wear out, it will leak just a little bit. If leakage is seen, the water pump should be replaced proactively to prevent headaches and potential engine damage later.

3. Coolant Mixed With Oil Due to a Blown Head Gasket