Electric Vehicles and the Future of Water Pumps

With more and more electric vehicles (EVs) hitting the roads, one may wonder if some of the key parts found in gas-powered cars are on their way out. The water pump, for example. What does the future have in store?

Electric Vehicles Need to be Cooled Too

The water pump’s job is to keep the coolant consistently flowing from the radiator throughout the gas-powered internal combustion engine to keep it from overheating.

It’s a common misconception that EVs don’t need water-based cooling because they can be air-cooled. The truth is that a majority of the EVs on the road today use liquid cooling. Although liquid cooling systems have higher costs, they allow for the battery packs to run more efficiently.

Even though EVs don’t run on gas-powered engines, they still require cooling for several different electrical components, including the battery, inverter, converter, and electric motor. Also, the A/C system still requires cooling, just like that in an internal combustion engine.

You may have a hard time visualizing how a water pump like the one in a gas-powered car would work in an EV. The answer is that it won’t. The cooling system found in an EV is different from the cooling system for an internal combustion engine.

The general concept of both cooling systems is the same. In both vehicles, you have a liquid coolant circuit that passes through or around components that require cooling. The hot coolant will then pass to a radiator, which is cooled by a fan and ambient air flow.

While electric water pumps use the same coolant as mechanical water pumps and require coolant replacement at the manufacturer’s recommended intervals, there are still some differences between the two:

The most obvious and fundamental difference between the two pumps is how they are powered. Mechanical water pumps are typically driven by a belt and are in operation for the entire period that the vehicle is running, even if cooling is not required. They also have shaft seals and bearings, which are the two main failure points for a mechanical water pump.

Electric water pumps have electric motors that are powered by the vehicle’s electric system. Their function is also controlled electronically by the ECU, which means the ECU will tell the water pump when to turn on and off. Electric pumps also do not have shaft seals or bearings, and are not belt driven, so they experience very low stress levels compared to mechanical pumps. 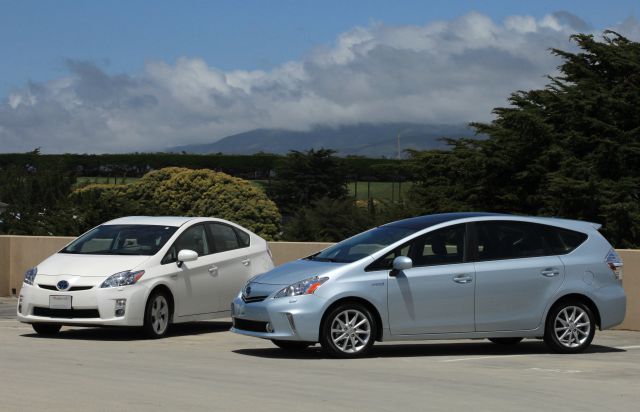 The Toyota Prius is cooled by an electric water pump, via Robert Scoble